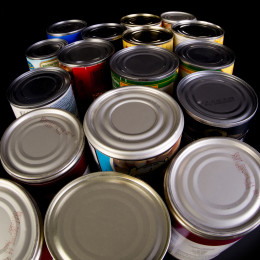 A study published in Environmental Research last week fanned the flames of anti-chemical activists when it drew a link between canned food consumption and the presence of increased levels of Bisphenol-A (BPA) in the urine.

The study itself isn’t what we take issue with. In fact, it brought together some of the brightest minds at Stanford, Johns Hopkins, and Columbia Universities. Their research was thorough, encompassing over 6,000 participants, and the researchers took great care to differentiate between plausible and definite sources of BPA. For that, we applaud them.

We cannot, however, award the same praise upon the media coverage of the study.

CNN’s headline warned that “Canned foods linked to BPA risk in new study,” and U.S. News incorrectly concluded that “canned food consumption can expose our bodies to too much BPA,” although the study itself made no claim regarding excess exposure (which is good considering the data would not have supported such a claim). The alarmist language used to continue the anti-BPA narrative is concerning, until you realize that the “risk” falls a couple orders of magnitude short of danger.

Even the participants with the highest urinary levels of BPA (the mean of which was .0000107 milligrams (mg) of BPA per milliliter of urine – i.e. an extremely low amount) were still 500 times below the threshold of what the FDA recommends as its maximum daily exposure to BPA.

Let’s look at a theoretical participant – we’ll call him Stan. Stan clocks in at 5 foot 7 and 164 lbs, thus the FDA recommends that the maximum amount of BPA he can have in his body at any time is 372.5 mg (for reference, that’s about one-fifteenth of a penny).

If Stan were a participant in the group with the highest concentration of urinary BPA, he would’ve had only .749 mg BPA in his entire body. While it’s true that this exposure was more than that of the participants who didn’t eat canned food (Stan’s total-body BPA would have been .033 mg had he not eaten canned food) we’re talking about increments in the fractions of milligrams, nowhere near the level of exposure which would begin to impact human health. Someone of Stan’s stature would have to consume 639 cans of food in a 24-hour period in order to reach the FDA’s recommended limit.

At that point, a ruptured stomach would be the more pressing concern.

To claim that the study’s findings indicate that we’re being exposed to “too much BPA” by eating canned foods is an unsupported leap, to say the least. But unfortunately for the public, “new study finds BPA exists” just doesn’t sound as sexy to a headline writer.