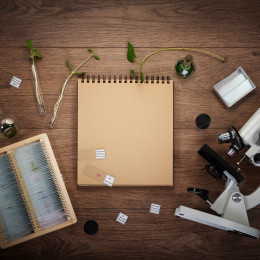 Check out my latest op-ed for The Hill.

There aren’t many American lawmakers with advanced science degrees, and it’s a safe bet that very few of them curl up at night with the latest issue of a peer-reviewed medical journal. But lawmakers don’t actually have to be scientific experts themselves to pass sound, science-based public policy.

Unfortunately, an increasing number of policymakers are turning away from sound science and embracing so-called “right to know” laws that raise consumer alarm about essentially nonexistent dangers.

In Berkeley, California city councilors recently passed a “right to know” ordinance requiring all cell phones sold in the city to come with a label warning users that carrying their cell phones in pants, shirt pockets, or bras while phones are connected to wireless networks could expose them to radiation levels in excess of federal guidelines. The scientific evidence supporting such a warning, however, is flimsy at best.

With the increasing ubiquity of cell phones, there have been growing concerns that the radiation emitted could cause cancer or brain tumors. Yet as the National Cancer Institute states, “to date there is no evidence from studies of cells, animals, or humans that radiofrequency energy can cause cancer.” The America Cancer Society, National Institute of Environmental Health Sciences, U.S. Food and Drug Administration (FDA), U.S. Centers for Disease Control and Prevention, and the Federal Communications Commission all conclude that scientific evidence has not sufficiently linked cell phone use to cancer.

Berkeley councilors, however, ignored these conclusions and instead capitulated to the concerns raised by the California Brain Tumor Association—a small non-profit started by a woman who believes her husband developed brain cancer from frequent use of his cell phone.

It’s easy to dismiss this as a case of Berkeley being Berkeley, but lawmakers in cities and states across the country have depended on even less reliable science to justify other so-called “right to know” laws.

Consider the faux alarm over genetically modified organisms (GMOs). A long list of venerable health organizations and national academies of science confirm GMOs pose no risk to human health or the environment. Still, from Vermont to Hawaii, lawmakers have ignored science and instead sided with activist groups who continue to insist the risks to our health are “unknown” and therefore unreasonable.

If more than 8,000 studies showing GMOs pose neither risks to human health nor the environment aren’t enough to mark GMOs as well-studied, it’s unlikely more research will be sufficient to calm their unfounded fears. Instead, in the absence of absolute, conclusive proof showing GMO safety, activists and many lawmakers insist consumers have a “right to know” which foods contain GMOs.

These groups are championing legislation introduced earlier this year by Sen. Dianne Feinstein (D-Calif.), the “BPA in Food Packaging Right to Know Act.”

Once again, the “right to know” argument isn’t backed by scientific data. In the last year, the FDAand European Food Safety Authority completed exhaustive reviews of hundreds of studies of BPA. Both agencies confirmed their earlier findings—BPA poses no risk to consumers as it’s currently used.

All of this over-warning can have serious implications for public health. When everything from cell phones to coffee comes with a cancer warning, it’s nearly impossible for the average consumer to gauge actual risk. Desensitizing consumers to health warnings may cause them to ignore warning on products that actually carry a serious health risk—like cigarettes.

Lawmakers have a responsibility to consider the well-researched opinions of scientific experts, particularly when they lack their own expertise in scientific issues. Scaring consumers about risks that don’t exist may help activist groups raise money and politicians get elected, but it does nothing to improve public knowledge, safety, and health.

Perrone is the chief science officer at the Center for Accountability in Science, a project of the nonprofit Center for Organizational Research and Education.