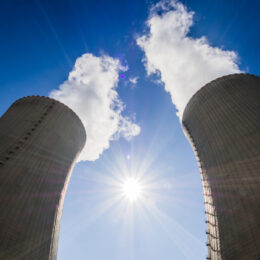 For decades, Italian officials have banned the development of nuclear power plants. But a perfect storm of unforeseen issues has them second-guessing their no-nuclear policies.

Italian lawmakers first outlawed nuclear energy after the 1986 Chernobyl disaster and by 1990, all nuclear reactors in Italy were taken offline. The country toyed with bringing back nuclear in 2011, but plans were halted after the Fukushima accident in Japan.

But today, Italy is the only G7 country without its own nuclear energy supply. That has left the country in a precarious position.

To start, energy prices have been on the rise because of a natural gas shortage that has rattled much of Europe. Given that Italy produces very little energy, it is the world’s second-largest importer of electricity.

This led to higher energy costs for Italy which were exacerbated by the pandemic. According to a report from Politico, Italians paid 25 percent more for electricity than the French in 2019. But since the pandemic hit, Italians have been paying as much as 55 percent more than French citizens.

In addition to higher energy costs, Italy is facing two other threats.

Italy’s lack of energy production leaves them entirely dependent on other countries for electricity. Italy relies heavily on Turkey for its natural gas, but that dependence could soon shift to Russia as the Nord Stream 2 pipeline cuts through Germany into Italy. Dependence on countries like Russia leaves Italy in a compromised position.

Beyond foreign policy issues, Italy is also struggling to meet the goals set by other European countries to reduce carbon emissions. Nuclear energy production is carbon-neutral and efficient enough to power entire countries, unlike solar or wind power. In turn, Italy has been buying nuclear energy from France to reduce its carbon footprint, but many Italian officials, including Senator Anna Maria Bernini, believe the policy is “hypocritical.”

To many Italian lawmakers, nuclear energy seems to be the most effective way to restore energy independence, reduce the nation’s carbon emissions, and drive down costs.

The Italian public also seems ready for the switch. A poll from 2021 from Comitato Nucleare e Ragione revealed that one-third of respondents actively called for Italy to adopt nuclear energy while 56 percent said they would not oppose such policies.

Fearmongers like the activists at Greenpeace love to paint nuclear energy as an existential threat, but they don’t have the data to back it up.

Nuclear energy is safe. It’s clean. And it may be heading to Italy in the near future.