Organics Could be Labeled GMO? 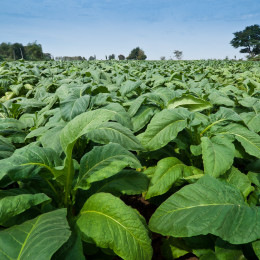 Congress recently approved a GMO labeling bill and the President is set to sign it into law. But not everyone is happy about the new regulation, even food warriors who wanted them for years, like the Food Babe, who claims the new labels are “uninformative.”

The Food Babe believes “informative” labels specifically need the words “Genetically Modified” stamped on them. (The new law gives food manufacturers several options to provide this information to consumers including a QR code or a symbol.) The Food Babe’s frustration demonstrates how the pro-labeling crowd was more interested in producing a warning rather than consumer information.

Like the Food Babe, we also find the labels uninformative, albeit for very different reasons. There are over 2,000 studies showing GMOs are as safe as other foods, and no credible evidence showing otherwise— foods containing GMOs don’t differ nutritionally from conventional foods. Any kind of label implies some level of risk involved in the product. The World Health Organization, U.S. National Academy and every other respected international authority that has studied them agree: GMOs are A-OK.

The law leaves it to the USDA to determine what actually needs to be labeled as a GMO. Most people don’t realize that GMOs are hard to define precisely. That’s because humans have been modifying organisms for thousands of years. Defining GMOs as those modified by humans would require labels on practically every crop or animal selectively bred by humans since the Neolithic Revolution around 10,000 B.C.

Defining genetic modification as any “unnatural” change doesn’t help either. Many mutations occur naturally, and sometimes mutations are desirable. Historically, humans had to wait for crops to mutate and then (artificially) select and breed for those traits—like larger watermelons, or almonds with less cyanide. Mutagenesis, an early genetic engineering technique using radiation, intentionally mutated seeds, giving a greater variety of choices with less waiting around.