Home  ⁄  Periodic Fables  ⁄  Public Policy  ⁄  Zika and Monsanto: Did you Buy the Bogus…

Zika and Monsanto: Did you Buy the Bogus Viral Story? 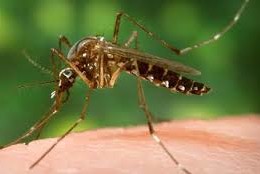 Understandably, lots of us are worried about the possible link between the Zika virus and a reported increase in cases of microcephaly, a birth defect in which a baby’s brain doesn’t fully develop in the womb. Now, a group of doctors in Argentina claims these birth defects aren’t actually caused by the mosquito-transmitted Zika virus. Instead, these doctors who call themselves “Physicians in Crop-Sprayed Towns” claim a larvicide (specifically pyriproxyfen) used to kill off mosquito eggs in the public water supply is actually to blame.

The report has been shared all over social media (like the image below) and even received mainstream coverage by the London Telegraph and Tech Times. Unfortunately, it’s completely false. 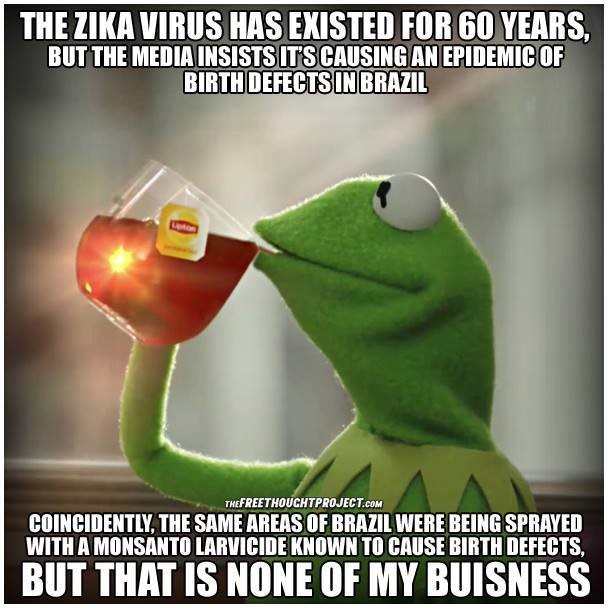 Doctors and scientists who have absolutely no ties to manufacturers or the chemical industry are speaking out against this bogus report.

Dr. Ian Musgrave, a neurotoxicologist and pharmacologist at the University of Adelaide points out “a person would have to drink over 1,000 liters of pyriproxyfen-treated water every day to feel any negative effects.”

Brazil’s Ministry of Health responded: “Unlike the relationship between the Zika virus and microcephaly, which has had its confirmation attested in tests that indicated the presence of the virus in samples of blood, tissue and amniotic fluid, the association between the use of pyriproxyfen and microcephaly has no scientific basis.”

The Argentinian doctors rest their case on the fact that in Colombia (which does not treat its water with pyriproxfen) no babies or fetuses have been diagnosed with microcephaly despite thousands of cases of the Zika virus. But that isn’t because a link between Zika and microcephaly doesn’t exist. Zika didn’t hit Colombia until October—that means pregnant women who contracted Zika this fall aren’t far enough along in pregnancies to diagnose microcephaly on an ultrasound.

The doctors also point out that areas of Brazil where the larvacide is used also have higher rates of microcephaly. Instead of proving the larvicide causes microcephaly, this correlation makes perfect sense if Zika is responsible for microcephaly. Brazilian states treat their waters with larvicide because they have lots of mosquitos; mosquitos carry Zika; and therefore areas of Brazil with larvicide-treated waters would be expected to have higher rates of microcephaly if Zika causes that condition.

And finally, Monsanto is in no way involved in the manufacture of pyriproxyfen. Rather, it’s made by a Japanese company called Sumitomo Chemical. Pyriproxyfen has been approved by the World Health Organization for mosquito control and is used in many other countries around the world—including many European nations.

This is a clear-cut case of how viral misinformation can have very real public health consequences. Larvacides are an important part of mosquito control efforts. While scientists have yet to definitively prove a link between Zika and birth defects, mosquitos transmit many other dangerous diseases, including dengue fever, malaria, chikungunya, and yellow fever. Scaring the public about larvicides could put public health at risk by increasing the treat of disease-carrying mosquitos.