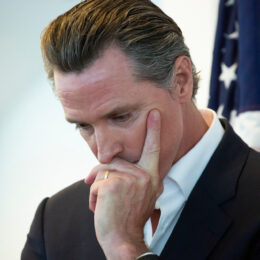 Last year, California Gov. Gavin Newsom called for some restrictions on hydraulic fracking. This year, the state legislature responded with a plan that significantly expands the restrictions Newsom requested.

Newsom had requested a ban on hydraulic fracking and asked lawmakers to consider implementing a buffer zone restricting fracking from taking place near schools. In response, lawmakers drafted a bill that will completely outlaw fracking and several other forms of oil extraction by 2027. It also forbids operations from working within 2,500 feet of homes, schools, or medical facilities by the beginning of next year.

Democratic lawmakers have been pressuring Newsom to support the vastly expanded fracking ban, but he has been hesitant to support restrictive policy. It is likely because he may be facing a recall election within the year and he does not want to frustrate workers whose votes he may need. If the lawmaker’s proposal passes, it could kill more than 100,000 union jobs at state refineries.

Democratic state Sens. Scott Wiener of San Francisco and Monique Limón, the two lawmakers responsible for the new legislation, said they hope the bill will reduce pollution and carbon emissions. Rock Zierman, CEO of the California Independent Petroleum Association, however, argued that the pollution Wiener and Limón hope to prevent will just be exported to countries with fewer environmental protections in place.

“California oil and natural gas operators follow the strictest regulations on the planet and efforts to shut down domestic production will only worsen the state’s reliance on environmentally inferior foreign oil tankered here from Saudi Arabia and South America,” Zierman said. “Foreign oil is not produced with the same environmental protections or humanitarian values that we have here in California; nor do they pay billions in California taxes or hundreds of millions of dollars in fees that are reinvested to advance California’s climate goals.”

Robbie Hunter, president of the State Building and Construction Trades Council of California, told the Los Angeles Times that the fracking ban would also drive up the cost of gasoline and natural gas in the state because it will all have to be imported from neighboring states.

“In a frenzied effort to ingratiate themselves to extremist coastal elite political agendas, Sens. Wiener and Limón are risking the livelihoods of hundreds of thousands of blue-collar families and a doubling of the cost to get to work and school, all without a benefit to the environment,” Hunter said.

This expanded ban on fracking is part of California’s larger assault on any form of power that is not solar or wind. Beyond targeting fossil-fuel-based power sources, California is on track to let its final nuclear energy plant shut down without any plan to replace it.

Nuclear energy generation emits almost no carbon into the atmosphere, but environmentalists have demonized the fuel source for years while pushing solar and wind power — two fuel sources that struggle to power single neighborhoods, let alone the most populous state in the nation.