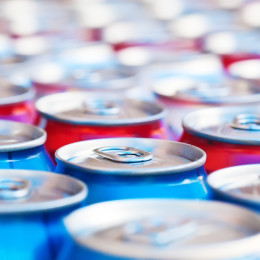 We’ve been hearing about America’s obesity epidemic for a long time now and public health activists have long blamed sugary beverages for contributing to our expanding waistlines. But now researchers are pointing to zero-calorie beverages sweetened with artificial sweeteners as a cause of our nation’s girth.

A new study published earlier this month in the journal Nature argues that the artificial sweeteners used in diet sodas and other low-calorie food and drinks might alter the way the gut bacteria in our digestive tracts behave. Essentially, the researchers fed some mice glucose and then fed some mice saccharin (an artificial sweetner). They then transferred feces from the saccharin-fed mice to other mice and observed the metabolic effects. Both the mice fed the saccharin and the mice given their feces had changes in their metabolism to make it easier to get energy from carbs (sugar). A similar effect was observed in a few tested humans.

Based on their findings, the researchers conclude: “Our findings suggest that [artificial sweeteners] may have directly contributed to enhancing the exact epidemic that they themselves were intended to fight.”

Of course, there are a number of flaws with the study that Daniel Engber at Slate has done an excellent job of pointing out: