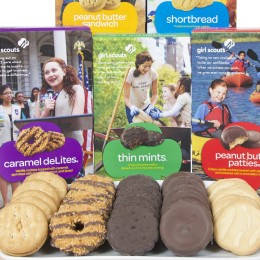 While the Girl Scouts of the United States of America (GSUSA) organization certainly deserves credit for encouraging generations of girls and young women to pursue their interest in science, technology, engineering, and math (STEM), its commitment to sound science seems to have taken a back seat in recent months.

Last November, our girls in green announced their first “non-GMO” product, a S’mores-inspired cookie celebrating the organization’s 100th year. The change followed more than 3 years of intense activist pressure to convince GSUSA to purge all their recipes of genetically modified ingredients.

Here are a number of facts that did not accompany the roll out of GMO-free S’mores:

It’s no secret that Americans love Girl Scout cookies. After all, we consume close to 200 million boxes each year. While we can all argue over which Girl Scout cookie is the best, the scientific community is in near complete agreement over the safety of GM foods.

In response to GSUSA’s decision, plant geneticist Dr. Anastasia Bodnar warned, “Non-GMO labels encourage and perpetuate fears about biotechnology…I would hope that Girl Scouts are learning about science and technology, not learning to fear it.”

We’re with Dr. Bodnar on this one.