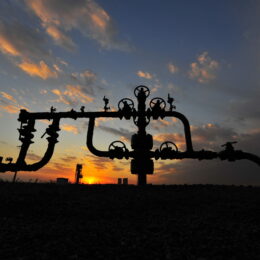 The debate was triggered by the Clean Energy Payment Program (CEPP), which will provide incentives for energy suppliers to increase the proportion of their energy that comes from clean energy sources. The CEPP aims at having the U.S. achieve a nationwide average of 80 percent clean energy by 2030, but it is not binding and companies can choose not to participate in the goal. The idea is that CEPP is a fair way to incentivize growth for all energy providers without punishing those who are starting at different levels of clean energy.

The CEPP, as it currently stands, defines clean energy as any source of electricity with very low or zero emissions, including wind, solar, and hydro, geothermal, nuclear, carbon capture, and clean hydrogen.

Natural gas was not included, but many argue that it should be.

Natural gas emits half as much carbon dioxide as coal. The rapid transition to natural gas from coal helped the United States to lead the world in the reduction of carbon emissions. Supporters of natural gas believe it has done more than any of the trendy renewable energy sources — namely wind and solar — to reduce emissions while still providing steady power. But environmentalists have pushed back on its inclusion because it still emits carbon dioxide, even if it emits significantly less carbon dioxide than coal.

In the House, Democrats voted to exclude natural gas from the CEPP incentive program. Jean Su, director of the Center for Biological Diversity’s Energy Justice Program, celebrated the decision, stating, “We’re grateful the House is moving to keep dirty gas from getting support.”

But moderate Democratic senators could throw a wrench in their plan.

Joe Manchin, a senator from the coal-producing state of West Virginia, is chair of the Senate Energy and Natural Resources Committee and will be responsible for finalizing this legislation before it is included in the larger budget reconciliation package. Manchin doesn’t believe that the government needs to fund a transition to clean energy that is already happening on its own.

It’s not clear what the future of CEPP is, but it has highlighted a clear problem in the mindset of environmentalists: The idea of clean energy matters more than the results.

Environmentalists, including those at the Center for Biological Diversity and Greenpeace, do not care that natural gas has contributed to a significant reduction in carbon emissions. They do not care that solar and wind energy are simply too inefficient to power most cities, let alone the entire country. Many environmentalists want nuclear energy forbidden, even though it is one of the only carbon-neutral energy sources on the planet. (Manchin and several other Senators have drafted an amendment to expand tax credits for nuclear power, much to the chagrin of these groups.)

If climate change is a significant threat to our way of life and reducing emissions is an essential step we need to take today to stop climate change from spinning out of control, then solar panels and wind turbines are not going to cut it. They simply cannot power cities today.

But nuclear, hydro, and natural gas can. If cutting emissions is the goal, any step away from carbon-heavy products like coal should be considered a step in the right direction. If so-called environmentalist groups oppose that, one has to wonder how serious they really are about stopping climate change.