Non-Dairy Milk Alternatives Will Not Save the Planet 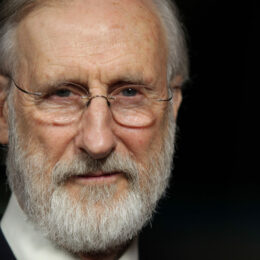 Recently, Starbucks’ choice to charge slightly more for non-dairy alternatives has drawn protests, including a recent stunt in which Succession and Babe actor James Cromwell glued himself to the counter to demand lower prices.

Cromwell argued that Starbucks’ decision to charge upwards of 80 cents for vegan milk options was causing more people to choose dairy and, in turn, destroying the planet.

Vegan milk options, including oat, almond, and soy, are more expensive than dairy milk everywhere. The markup Starbucks is using seems to be on par with the markup they use on every product, including the coffee. After all, Starbucks is a business and they need to mark up products to pay staff, rent, and other expenses – such as ungluing celebrities from the countertop.

Cromwell’s stunt is clearly childish. But is his argument valid? A look at the data says it’s not.

Dairy milk is not a major contributor to climate change. Vegans tend to argue that cutting all animal products from one’s diet could make the difference in stopping climate change. But studies have shown that is not the case.

Forcing everyone to be vegan would hardly make a difference in global emissions. And certainly what you choose to splash in your coffee won’t change anything.

But there is a chance that a wide-scale shift to non-dairy milks could cause significant damage to the environment.

When almond milk became the latest health food trend, demand skyrocketed. In turn, the demand for almonds skyrocketed. Farmers throughout California stepped up to meet the demand. But this took a toll on the environment.

Almonds are very water-intensive to produce. A single pound of almonds requires 2,000 (!) gallons of water. And California is a state with the biggest struggle to maintain a safe and abundant water supply for its population.  Almonds have been attributed to worsening California’s droughts.

Almonds require a special climate to properly grow, which is why 80 percent of the world’s almonds must come from California and then be transported throughout the world. Simply put, a switch from dairy to almond milk isn’t sustainable.

From droughts to killing bees, the almond industry is no friend to the environment. And often, activists are not considering the unintended environmental consequences that major changes – such as abandoning dairy – can make on the planet.