Are Americans the Main Driver of Ocean Pollution? 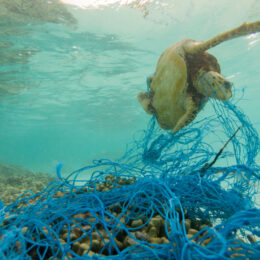 A recent report released by the National Academies of Sciences, Engineering, and Medicine left some thinking the United States leads the world in ocean pollution. Thankfully, that isn’t the case.

The report, titled “Reckoning with the U.S Role in Global Ocean Plastic Waste,” analyzed two separate questions: How much plastic is used and how much plastic ends up in the ocean.

For the former question, the United States leads the world in per capita plastic use. Many took that detail and wrongly concluded that the United States generates the most ocean pollution, as well. But it doesn’t.

The report included data from a separate study published in Science Advances in 2020 (Law et al). According to that study, the United States leads the world in per capita plastic generation with each American generating roughly 130 kilograms (287 pounds) of plastic per year using an upper-bound estimation and 105 kilograms (231 pounds) of plastic per year using a lower-bound estimation. The United Kingdom follows with nearly 99 kilograms (218 pounds) per Brit. China and Indonesia each generated less than 20 kilograms (44 pounds) per person.

A closer look at the academies’ report revealed that the United States – despite leading the world in plastic generation – ranked somewhere between third and twelfth in mismanaged ocean trash depending on which estimation was calculated.

“Here, we estimate plastic waste generation by the entire U.S. population in 2016, as well as the amount of plastic waste illegally dumped domestically and the amount likely to have been inadequately managed in countries that imported materials collected in the United States for recycling, both of which contribute plastic waste to land and the ocean.”

If American consumers bought a plastic detergent bottle, properly recycled the bottle, and that bottle was then sent to Indonesia and improperly managed by the company that bought it, America is still to blame under the 2020 analysis.

When the study was originally conducted in 2015 by many of the same researchers, the trash mismanaged by other countries was not included in America’s total. In that study, America ranked 20th for mismanaged trash, making the US responsible for just 0.9 percent of the total trash in the ocean. (China and Indonesia lead the world with 27.7 percent and 10.1 percent, respectively, according to the 2015 study.) 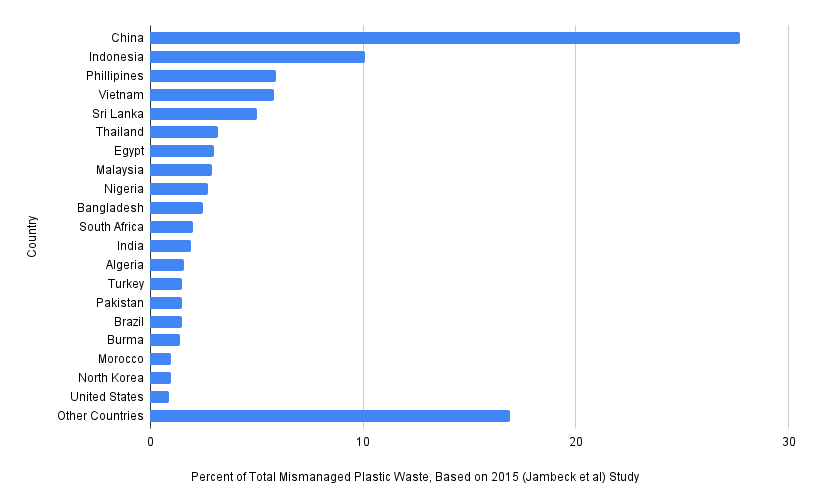 For some unclear reason, the 2015 study has been removed from its original post, though it is available through internet archives.