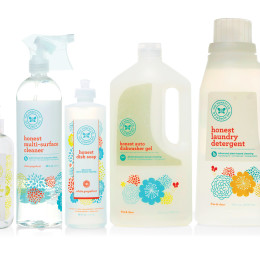 Jessica Alba has developed a personal care and cleaning product empire based on the premise that her products are “safer” that other brands on the market. But once again, testing reveals that one of her popular products contains ingredients she likes to claim could be harmful to consumers.

SLS is an inexpensive, almost completely biodegradable synthetic soap made from coconut oil, palm kernel oil, or petroleum. It’s used in a number of cleaning products, including detergents, shampoo, and toothpaste. SLS is widely tested, been used for decades and there’s no evidence the ingredient is toxic, but it can irritate skin in a small number of people.

Consumers are willing to pay the higher prices the Honest Company charges for its products because they believe Alba’s marketing that these products use fewer chemicals and are safer for their family. Yet the Honest Company’s messaging about chemicals has changed significantly. According to the article:

Despite their own marketing hype, there’s little evidence the Honest Company’s products are any “safer” for consumers than traditional brands. And in the case of its sunscreen, there are reports it might not actually protect consumers from the sun! For more about the Honest Company’s attempt to profit off scaring consumers about safe ingredients, check out Dr. Joseph Perrone’s op-ed here.