Home  ⁄  Periodic Fables  ⁄  Uncategorized  ⁄  WSJ: Snoopy Is Safe After All

WSJ: Snoopy Is Safe After All 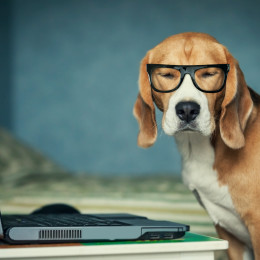 As we’ve explained before on this blog, millions of taxpayer dollars have been funneled into bisphenol-A (BPA) research. Yet studies have repeatedly shown that unless you plan on injecting copious amounts of BPA into your blood stream, you have nothing to fear from normal levels of exposure to BPA. Today, the Wall Street Journal editorialized on the lunacy of continuing to waste so many federal dollars on BPA research.

As the Journal points out, the U.S. Food and Drug Administration (FDA) has twice confirmed BPA’s safety and new research from Justin Teeguarden of the Pacific Northwest National Laboratory and FDA researchers, “knocks down the idea that humans could be at risk of absorbing high levels of BPA into the bloodstream. The researchers fed people tomato soup with traceable BPA—and the body essentially neutralized 998 out of every 1,000 BPA molecules. The entire BPA sample moved through the body in 24 hours.”

Teeguarden’s research is important: anti-BPA activists point to a 2013 study in which researchers placed concentrated BPA solutions under the tongues of sleeping beagles. Those researchers found that the BPA levels in these beagles was much higher in previous studies of other animals and humans, leading them to hypothesize that the levels of BPA in humans could be much higher than levels assumed by the FDA and other regulators that have concluded BPA is safe. As this new study shows, those fears are very likely unwarranted.

The Journal concludes: “Scientists and politicians claim there isn’t enough federal research funding to support all of today’s important projects. Here’s one idea: Reallocate the money for redundant BPA studies into something more productive.”

Check out the full piece from the WSJ here.