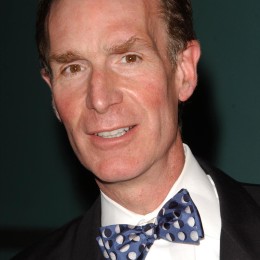 It’s always heartening to see a public figure willing to change his or her mind after examining scientific evidence. Last week, Bill Nye (Yes, the “Science Guy”) announced he was joining the 88 percent of scientists who believe genetically modified organisms (GMOs) are safe.

After spending time with scientists at Monsanto, Nye visited Bill Maher’s show and revealed he is revising the chapter in his 2014 book, Undeniable, in which he questioned the environmental risks posed by GMOs.

The peer-reviewed studies supporting the safety of GMOs for both humans and the environment are piling up. There’s no evidence GMOs pose any more risks to health or the environment than conventional or organic crops—but that hasn’t stopped critics from turning GMOs into the boogyman.

The Environmental Working Group wasted no time blasting Nye for siding with scientists, arguing that the company “wooed him into changing his mind.” It’s a technique shared by many anti-GMO activists—the “Food Babe” frequently claims that all the scientists who support GMO safety have been bought off by Monsanto or other businesses and GMO skeptics ridiculously called another popular scientist, Dr. Neil deGrasse Tyson, a Monsanto shill for his support of GMO science.

Without science on their side, anti-GMO activists have no other option but to claim scientists are “Monsanto minions.” But it’s simply unrealistic to claim that the most prestigious medical and health bodies around the world, along with thousands of scientists and regulators, are on industry’s payroll.