Can you really think yourself thin? 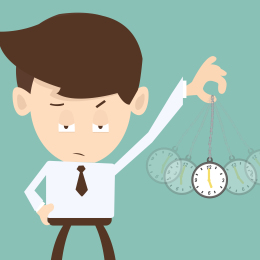 Last week the syndicated TV show, The Doctors, featured a woman, Kathy, who lost 120 pounds through a process called “gastric bypass hypnosis therapy.” As it was explained on the show by Kathy’s hypnotist, Julie Evans, rather than undergoing traditional gastric bypass (or bariatric surgery) to physically shrink the stomach’s ability to hold food, Kathy was hypnotized to believe that she had undergone the surgery. The hypnotist apparently walked Kathy through her procedure, even introducing her to doctors and nurses, and claimed that Kathy then made the necessary lifestyle changes—eating small meals and healthier foods—because her body was convinced it had undergone gastric bypass surgery.

So can hypnosis really mimic the effects of gastric bypass surgery without forcing patients under the knife? Probably not.

While there have been a few examples of individuals who lost weight through this hypnosis therapy, it hasn’t been studied by researchers or proven to work for a larger number of individuals.  As one columnist pointed out, “Telling clients they can lose hundreds of pounds just by going to sessions with a hypnotherapist (or purchasing a CD) just seems like an unrealistic expectation that can end in disappointment, especially because gastric bypass surgery isn’t just about a tinier stomach.”

We’re always looking for the quick-fix, easy solution to weight loss. While there’s some evidence that other forms of weight loss hypnosis, particularly programs specifically tailored to individuals, might be an effective way to lose small amounts of weight, generally hypnosis must be combined with changes in diet and exercise to be effective. But if you’re already going to make lifestyle changes necessary to lose weight, why not skip spending thousands on hypnotherapy sessions or purchasing CDs and instead splurge on new clothes to fit your smaller frame?