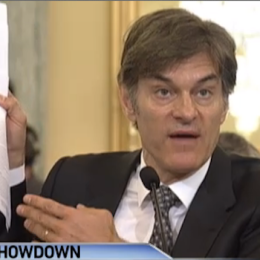 Relying on flimsy data, distorting the results, and wielding his influence

Since 2009, Dr. Mehmet Oz’s syndicated talk show, “The Dr. Oz Show,” has served as a platform for the promotion of dangerous, anti-science information. Just recently, Dr. Oz was taken to task by U.S. Senators for heavily endorsing a weight loss product to his viewers despite no evidence the product was effective. Senator Claire McCaskill (D-Mo.) even told the doctor, “I don’t get why you need to say this stuff because you know it’s not true.” Oz was lampooned by late night talk show hosts, most notably in a segment on John Oliver’s “Last Week Tonight.”

Oliver aptly points out the main problem with our nation’s obsession with Dr. Oz—in the very same segment in which members of MSNBC’s “Morning Joe” cover the ridiculousness of Dr. Oz’s snake oil salesmen shtick, they go on to comment about how much they trust and respect Dr. Oz.

Endorsing ineffective weight loss solutions, unfortunately, isn’t the worst of Dr. Oz’s offenses. Among the other pseudoscience given a platform by Dr. Oz:

Of course, this is just the tip of the iceberg. A profile of Dr. Oz in the New Yorker noted:

Oz has been criticized by scientists for relying on flimsy or incomplete data, distorting the results, and wielding his vast influence in ways that threaten the health of anyone who watches the show.

With two Emmy awards and millions of viewers, Dr. Oz has a powerful platform for shaping public attitudes about public health. Unfortunately, many viewers have no idea that the advice peddled by Dr. Oz often lacks any basis in science. This blog will examine the claims made on his program and highlight cases in which his advice flies in the face of scientific evidence.