Is America’s Sperm Crippled by Chemicals? 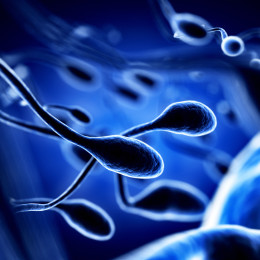 As the narrative goes, modern chemicals that improve the functionality and safety of plastics, cosmetics, and furniture are damaging sperm development, reducing our ability to procreate, and calling into question the future of the human species.

The jury is still out on whether sperm quality is declining at all. A BMJ (formerly the British Medical Journal) debate identified several major problems comparing sperm count between studies, because “data collected in different countries, at different times, on different populations and with different methods of semen analysis” inevitably leads to different average sperm counts.

But could EDCs contribute to any observable difference in semen quality, particularly in America?

As epidemiologist Geoffrey Kabat notes, more than two decades have passed without clear scientific evidence of plastics impacting human fertility. Dr. Kabat points to the expertise of Richard M. Sharpe, one of the initial researchers to investigate a link between the chemicals of modern life and male reproduction.

Dr. Sharpe believes today’s theories about EDCs impacting semen quality persist out of self-interest, writing that “[s]o many people’s labs, careers, and funding are dependent on the ‘threat’ from EDCs being real and important, that they do not look in any other direction for explanations.”

Several alternate explanations, including calorie-dense diets, obesity, and sedentary lifestyle, have been documented to reduce semen quality. These factors aren’t easily disentangled from the chemicals which activists love to blame, because packaging for calorie-dense foods often make use of the accused chemistries to prevent grease leakage and food spoilage.

Even if America’s young men do have poorer quality sperm than their grandfathers, the difference doesn’t seem to have an impact on baby making. The CDC reports that the rate of infertility among married couples is just 6 percent – half the rate seen in 1965.

Far from being a “threat to our species,” the functionality of America’s reproductive equipment seems to be stronger than ever.