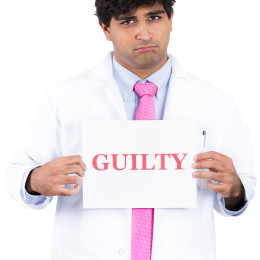 There are hundreds of published studies showing the safety of genetically modified organisms. Major health and regulatory agencies around the globe (including the World Health Organization, European Food Safety Authority, U.S. Food and Drug Administration, etc.) confirm there is no risk to human health from GMOS. Yet, anti-GMO activists continue to point to a handful of studies suggesting health problems from GMOs. Unfortunately for these activists, many of these studies have been widely criticized or retracted due to allegations of data manipulation or other procedural errors.

Most recently, the blog Retraction Watch reported the retraction of a paper by Federico Infascelli, a researcher with the University of Naples, for manipulating images. His paper claimed to show that modified genes from genetically modified soybeans could show up in the blood and organs of baby goats after their mothers consumed the GM crop. The Italian newspaper La Repubblica reports Infascelli is being investigated and faces suspension and fines from his university.

Infascelli is far from the only anti-GMO researcher whose work has been retracted after publication. Research by Eric Seralini showing rats fed GMOs developed tumors was retracted by Food and Chemical Toxicology was retracted because of small sample size and a lack of statistical analysis of the comparison between rats fed GMOs and the control group, among many criticisms.

The weight of evidence is clear: GMOs do not pose a risk to our health or the environment. But no matter how many studies are published confirming their safety, anti-GMO activists will continue to push for GMO bans or misleading labeling based on faulty science.