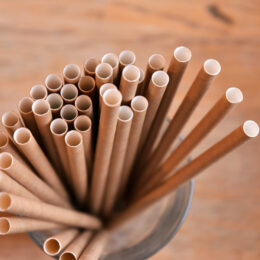 In 2011, a 9-year-old estimated that Americans alone use 500 million straws per day – a figure that would go on to become the basis for plastic straw bans throughout the country.

But, it turns out that the 9-year-old overestimated that figure nearly threefold. His terrible math didn’t dissuade environmental activists, however, and in the years since many localities have banned plastic straws. Americans there have been forced to use paper straws or pack their own reusable metal straws.

Now, researchers – who have more than a third-grade education – have studied the straw switch and found it was a terrible failure.

The new report published by Bloomberg revealed that paper straws are three to four times costlier than traditional plastic straws. Moreover, the study found that plastic straws account for less than 0.1% of total plastic consumption.

So restaurants have been footing the bill for costly paper straws just to address a misconception based on a miscalculation.

Anyone who has been forced to use a paper straw knows that the straws have a tendency of absorbing the drink and becoming totally useless, occasionally requiring a new straw for a single drink. These extra straws add up.

Meanwhile, the paper straws aren’t helping the planet either. As the Atlantic reported, paper straws require that a tree be cut down and processed into a pulp – most of which happens outside the United States. The straws must then be put on a cargo ship to the United States resulting in more carbon emissions to produce a product that works half as well.

Plastic straws are not a real environmental problem. The plastic in the ocean, including the infamous plastic straw found in the nose of that turtle, is typically not from America. Less than one percent of the mismanaged trash in the ocean can be traced back to the United States.

If reducing waste is the goal, skip the straw altogether. But don’t pretend that these greenwashed alternatives are better for the planet – or your drink.