The Cost of a Carbon-Free Economy 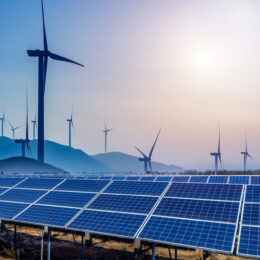 Many Americans understand that shifting our economy to a net-zero carbon standard would not be free. But many probably don’t understand just how much it could cost us as individuals.

A new report from Bjorn Lonborg, an environmental advocate writing in the Wall Street Journal, reveals that environmentalists have been drastically underestimating just how much a carbon-neutral economy will cost Americans. Moreover, they’ve significantly overestimated how much Americans are willing to pay for these eco-friendly changes.

A recent survey from the Kaiser Family Foundation and the Washington Post found that half of Americans wouldn’t even vote to implement an annual tax of $24 on their electricity bills (just $2 per month) to combat climate change. When it climbed to $120 per year ($10 per month), opposition grew to 70 percent.

Clearly, Americans don’t want to pay even a little bit. But just how much would it cost to actually implement the changes to meet net-zero carbon?

President Biden has endorsed the goal of having the American economy be carbon-neutral by 2050. A new study published in Nature revealed that a 95 percent reduction in emissions would cost 11.9 percent of the U.S. GDP. (For comparison, that is roughly equivalent to our total spending on Social Security, Medicare, and Medicaid.) Annual costs for implementing Biden’s plan could climb as high as $4.4 trillion by 2050 which is more than the country takes in in taxes today.

The study estimated that a transition to a carbon-neutral economy would cost $11,300 per person, per year. It should be noted that America runs on a progressive tax scale, which would likely be implemented to have wealthier individuals pay more for these proposals. But given that most Americans don’t even want to spend $24 per year on the problem, environmental policymakers are going to have trouble squaring that circle.

For giggle’s sake, let’s say environmentalists convince us all to cough up $11,300 per year and reduce our emissions to net-zero. What does that mean for the planet?

It’s hard to imagine Americans are going to be willing to overhaul their economies to not even make a dent in the battle against global warming.

The data can be discouraging, but that doesn’t mean there aren’t plenty of cheaper ways to make a difference in reducing your own personal greenhouse gas footprint. Reducing food waste by eating all you buy is one great, cost-effective way to reduce emissions. Recycling bottles, jugs, and cans is another great way to reduce emissions.