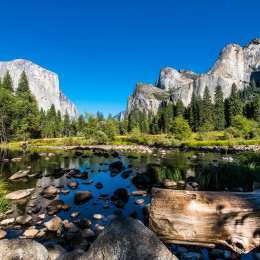 In a few months, the U.S. Environmental Protection Agency (EPA) is expected to finalize new regulations tightening ozone emissions. The Obama Administration’s proposal has been subject to a spate of criticism from industry groups which estimate the rule could be the most expensive regulation in history, with a price tag of up to $1.1 trillion in compliance cost. Even the EPA’s own, more conservative compliance cost estimate rates the proposed rule as costliest federal rule ever.

As we’ve explained before, the science showing that a dramatic cut to ozone limits will significantly improve public health is highly questionable. We’ve broken down the relationship between asthma and ozone here.

Now, there’s more evidence that the EPA’s proposed ozone limit could be for naught. This week, researchers from NASA and The Netherlands’ Wageningen University published a study in Nature Geoscience showing that ozone emissions from Asia (particularly China) are responsible for a significant amount of the ozone pollution over the Western United States.

This is a pretty significant finding.

Much of the West, particularly California, still can’t comply with the current ozone standard, which took effect in 2004. An even lower standard would put many national parks and rural areas with no industrial activity for hundreds of miles out of compliance with the EPA’s rule. Without emissions limits from China, it’s unlikely the West will be able to comply with an even lower standard anytime soon.

This is a big deal for the economy: When cities don’t comply with federal ozone limits, they have to come up with plans to cut their ozone emissions—often by significantly curtailing business activities. China’s pollution could pose a serious hindrance to U.S. economic development.

Ozone emissions standards should be based on sound science showing the limits are not only feasible for states to meet, but will significantly improve public health. So far, the EPA hasn’t shown its proposed ozone limits fulfill either.